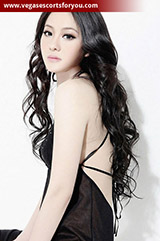 Like many subcultures, Las Vegas escorts and clients use a secret language to describe the various different aspects of the trade and the specialized services performed. Most of these are just terms that are used to replace long descriptions (for example, “cowgirl” replaces the much longer “woman on top position”), but many others were originally invented to allow the discussion of suppressed activities when officials like the police or media might be listening in either on a phone call or through internet communications. Of course, once a secret shared then it is no secret at all, so once a term has become common enough that a client will be certain to mean something specific to an escort or vice versa, then you can also be fairly certain that the term has become equally well-known to the police. Below is just a brief overview of a few of the more common terms and phrases used in and around escorting. Many of these originated on the internet whilst others were first used among streetwalkers.